What is this all about?

C Battery, 2nd Battalion, 562nd Artillery was one of five Nike-Hercules missile firing batteries that were deployed to provide a defensive ring of supersonic fire around the Fairbanks/Eielson AFB complex during the height of the Cold War. This webpage is an attempt to preserve some memory of the place and time that is rapidly disappearing. If you stumbled across this webpage by means other than the link from the NIKE-HERCULES ALASKA INDEX page, you may wish to go there first for a little background information before proceeding. Please CLICK HERE to do so, then follow the link back. Thank you.

Home Away from Home

Site Mike is located in the hillls several miles southeast of Eielson AFB on the Ft. Wainwright military reservation and like all Alaska Nike sites served not only as duty station but as a "home away from home" for hundreds of servicemen over the twelve years of its operation.

Besides the guard dogs most of the missile sites had mascots from time to time. One of these from the 1967 timeframe was "Smokey". The contributor of the photographs on this page notes: "He got into a fight with a porcupine one day and lost. It took 5 of us to hold him down while we pulled the quills from his mouth and paws with a pair of pliers."

Indeed, the view from most (if not all) Alaskan Nike sites is beautiful. The photo of the Alaska range with Denali at center (barely discernible) was taken from site Mike in 1967 with a "cheapo" camera. The photo below that was taken from the same site in 2000 with a longer lens on a better camera.

The photo at the top of this page is a view of the IFC (Integrated Fire Control) area taken from the big white "golf ball" of the ABAR (Alternate Battery Acquisition Radar). The launcher area can be seen beyond and to the right of the IFC. The picture below is a view of the ABAR taken from the IFC area. The photographer writes "It got pretty exciting if you were in it when we got hit with a tremor. The whole thing would rock and sway."

"If you look closely, that's me standing on the ABAR antenna. We used to tie a rope, with a loop on the bottom of the rope, on the end of the antenna. One of us would stand with his foot in the loop and the other guy would turn the antenna on. As the antenna rotated, you would start spinning on the rope while going around in a circle inside the dome. What a ride!!"

"The picture [at left below] is of the ECCM Radar Console. It was located in a small room next to the BC Van. Only the ABAR people were allowed to go into that room, as I was not allowed to go into the BC van. The second picture [at right below] is of me inside the ABAR. It would get really eerie inside that place when you had the overnight shift and were in there all alone."

In the face of budgetary constraints imposed by the protracted Vietnam war, the changeing Soviet threat, and therefore changes in the defensive requirements of NORAD, the 2nd Missile Battallion, 562nd Artillery which occupied these sites surrounding Fairbanks was deactivated in 1970. The Nike sites in the Anchorage area continued operations until 1979, but since that time no Nike-Hercules missile men have walked the halls of these decaying facilites.

The ravages of time and vandalism have certainly taken their toll on these most northern Nike sites as can be seen in the images below. You can view further pictures taken in 1993 of sites Mike and/or Peter by CLICKING HERE.

The photos of site MIKE during its heyday at the top of this page were contributed (Thank You!) by the veteran of site MIKE seen in the foreground in the two photos below. These were taken during a visit in the summer of 2001. The first image shows the condition of one of the tracking radar antenna towers. The second image shows the main building of the IFC area.

It is understood that most of this site was demolished in 2003.

Here are some pictures of Site MIKE taken in 2009. All of the remaining buildings have been gutted and many rooms sealed because of asbestos. 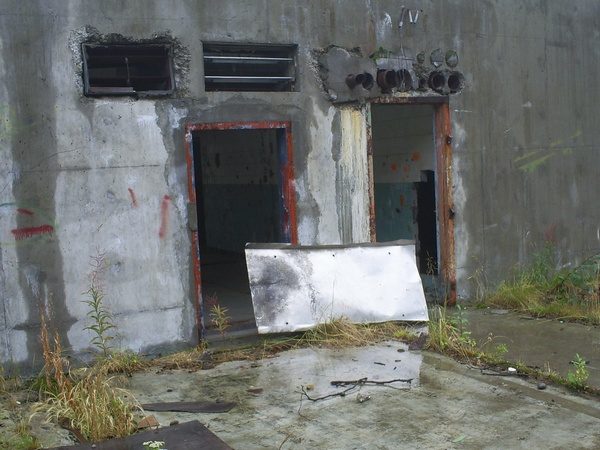 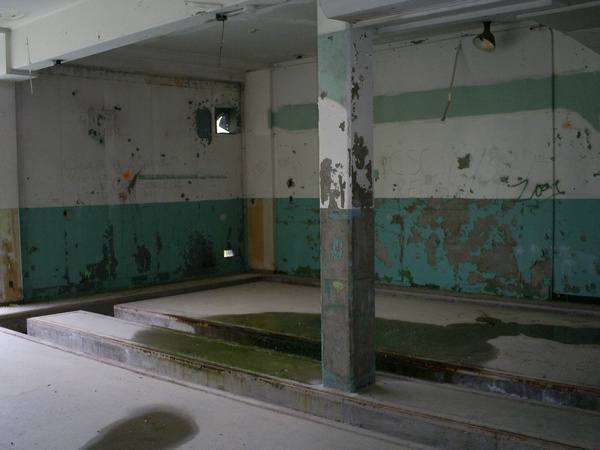 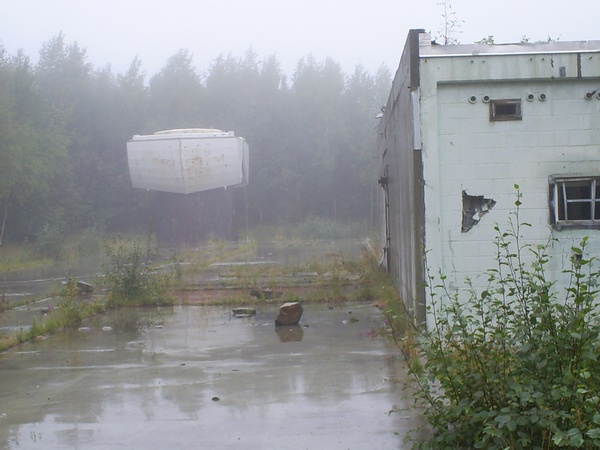 A closer view of the clamshell above: 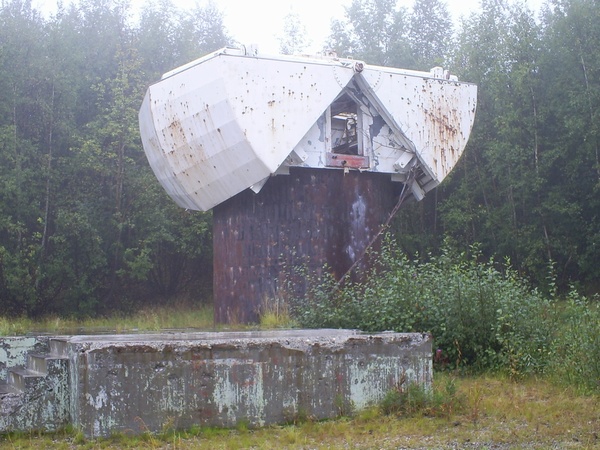 In the view below you can just make out the clamshell of the TTR tower at center, nestled at the top of the treeline. 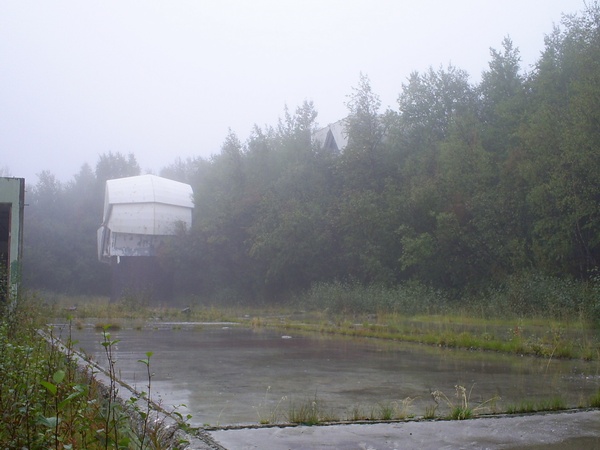 A closer view of the short tower above; 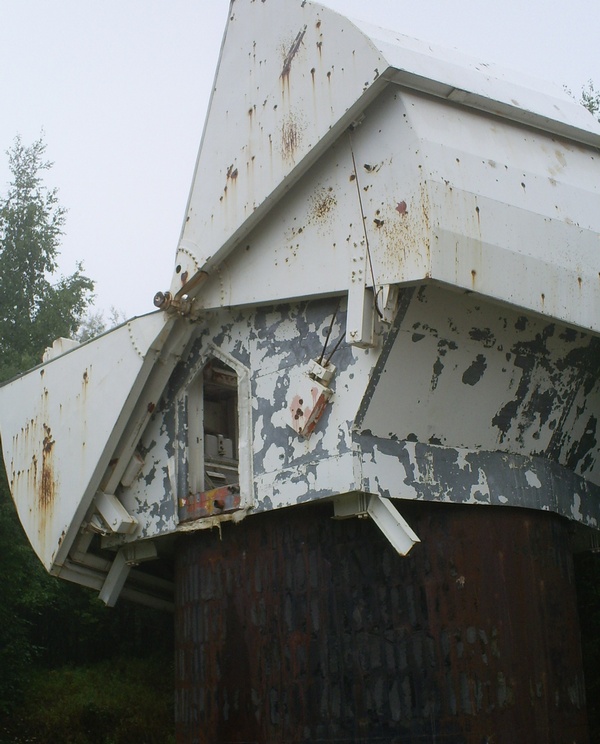 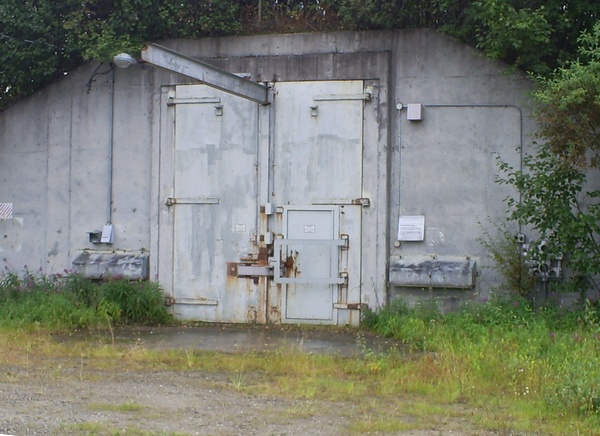 CLICK HERE to return to the NIKE ALASKA INDEX page.